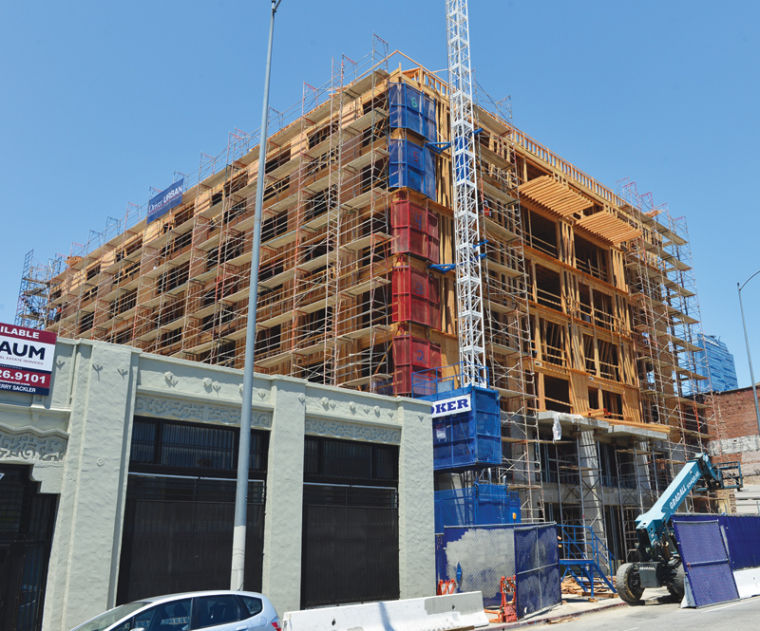 In the past 12 months, a new wave of real estate development has hit Downtown Los Angeles.  Property is trading, projects are being planned, and shovels are in the ground.  For those who are not aware, most of Downtown is zoned for high-rise, high-density use, which the core of any major city should be.  Although, over the years, many buildings that have gone up Downtown are not maximizing their height and density.  Instead, developers have opted to build mid-rise construction in lieu of high-rise construction.  The reason for this is because Type V (wood-framed) construction is so much cheaper than Type I (steel or concrete) construction.  So, you need to build BIG, both in terms of density and height in order for Type I construction to be cost effective, so there is a natural “tipping point” that must be achieved.  Granted, there are other factors at play (e.g. land value and projected rents), but our underwriting experience is that you typically need to build a minimum of 18-20 stories before Type I construction pencils.

While mid-rise construction, specifically multi-family, might be the highest and best use for developers, it’s probably not best for the long-term growth and sustainability of Downtown Los Angeles, which is not only the core, but the transit hub of the City.  With this new boom in Downtown development occurring, City Councilmember Jose Huizar of the 14th District wants to make sure that developers are achieving the full density and height potential of the underlying zoning of their properties.  Last month he introduced a motion that would “incentivize high-rise building and also put a moratorium on low-rise construction in key areas,” the Downtown News reports.  According to Curbed LA, “he wants to speed up planned changes to the zoning and planning rules for the neighborhood that would ease the approvals process for tall buildings and get rid of or adjust certain restrictions on big new development (like parking requirements).  But he also wants an 18-month interim control ordinance that would ban construction of short buildings in South Park (roughly–up to Seventh Street) and the area around Pershing Square.”  The moratorium is a move to make a long-term bet.  Huizar’s rep Rick Coca explains “the problem we’re having right now is that if low-rises go up, they’re not getting maximum efficiency out of the space.  And then they’re around for decades.”

We believe that this move is forward-thinking in terms of the future of Downtown Los Angeles.  As a developer, our only concern is if there are going to be sufficient incentives that go along with the proposed ordinance that will provide enough relief to allow this type of construction to be financially feasible and spur new high-rise development.  We will wait and see what happens.  We know that Council District 14 is very privy to the development process and cognizant to what incentives may need to be made in order for these deals to pencil.

The City Council’s Planning and Land Use Management Committee (PLUM) will be reviewing Huizar’s motion in the near future and we will try to keep you posted on its progression.

Check out some related stories here on Curbed LA and LA Downtown News: