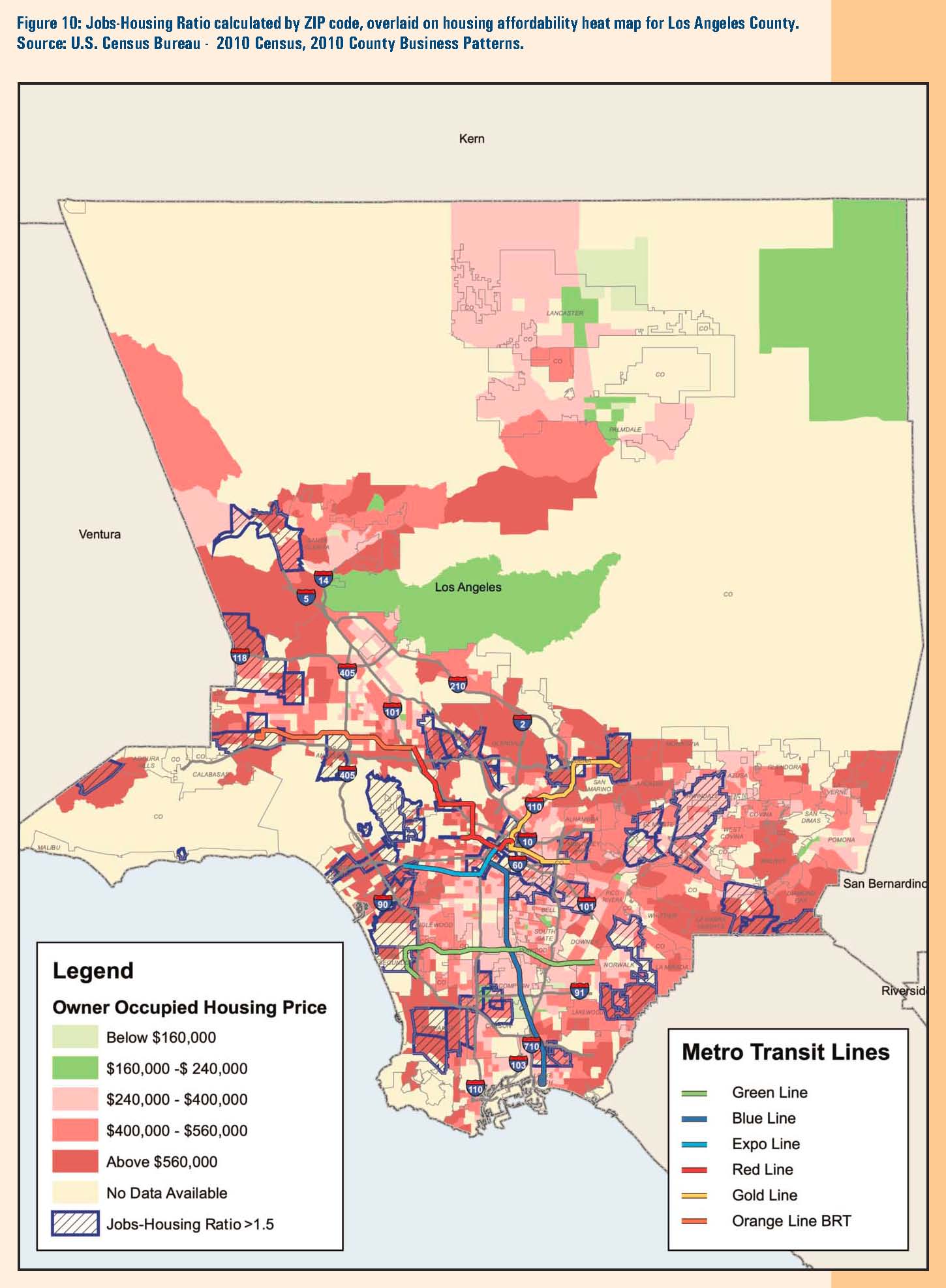 Urban One’s Ben Feingold and Eric Metz collaborated with UCLA Anderson School of Management lecturer/developer, Paul Habibi, on a report that was commissioned and released earlier this week by the Los Angeles Business Council (LABC). It is a study on the current state of workforce housing, economic competitiveness, and real estate development in Los Angeles, along with recommendations on how to improve it.

Excerpt from the report’s Executive Summary:

“In 2008, the Los Angeles Business Council (LABC) published a Workforce Housing Scorecard (2008 Scorecard), which evaluated the balance of jobs and housing across the 88 cities of Los Angeles County. The 2008 Scorecard concluded that most cities fell short of an ideal jobs-to-housing balance of 1.5 to 1, and that workforce housing was relatively scarce in proximity to major employment and activity centers. The 2008 Scorecard stressed the need for a jobs-housing balance, whereby the number of jobs in a community relative to the amount of housing units located nearby must be at the appropriate proportion to support healthy economic growth. The logic behind the jobs-housing balance is that if a community or region adds jobs without adding the necessary housing to support new employees, workers will either face unaffordable housing costs or be forced to move away from employment centers and bear the high costs of commuting. Ultimately, a jobs-housing mismatch may force employees to live in more affordable communities far from employment centers, resulting in increased congestion and commute times, reduced air quality, and reduced quality of life (SCAG, 2001). Four years later, the need for workforce housing – housing that is affordable to households earning between 50% and 120% of Area Median Income (AMI) of $53,000, or between about $26,500 and $63,600 – remains critically high throughout the County. This report will present and synthesize updated jobs, housing, and development data to make specific recommendations as to how the supply of workforce housing can be increased in order to improve the jobs-housing balance. Further, this report will demonstrate why planning efforts need to focus on transit corridors – not Transit Oriented Developments (TODs) – to promote long-term development of livable communities that integrate residential, commercial, and everyday amenities through an integrated transit network. Los Angeles County is at a crossroads in its regional development. In the wake of an extended recession and foreclosure crisis, an economic recovery is starting to take shape. Economic and construction activity is picking up, although slowly, and business investment is gaining traction. Concurrently, the public transportation sector – backed by Measure R—is making an unprecedented push to reshape transit infrastructure across the region. Over the next 30 years and potentially beyond, an estimated $40 billion or more of tax revenues will be committed to expanding and enhancing Los Angeles’ transit system.”

You can download a copy of the report here:

The report has picked up quite a bit of buzz on blogs across the internet, such as Curbed LA: