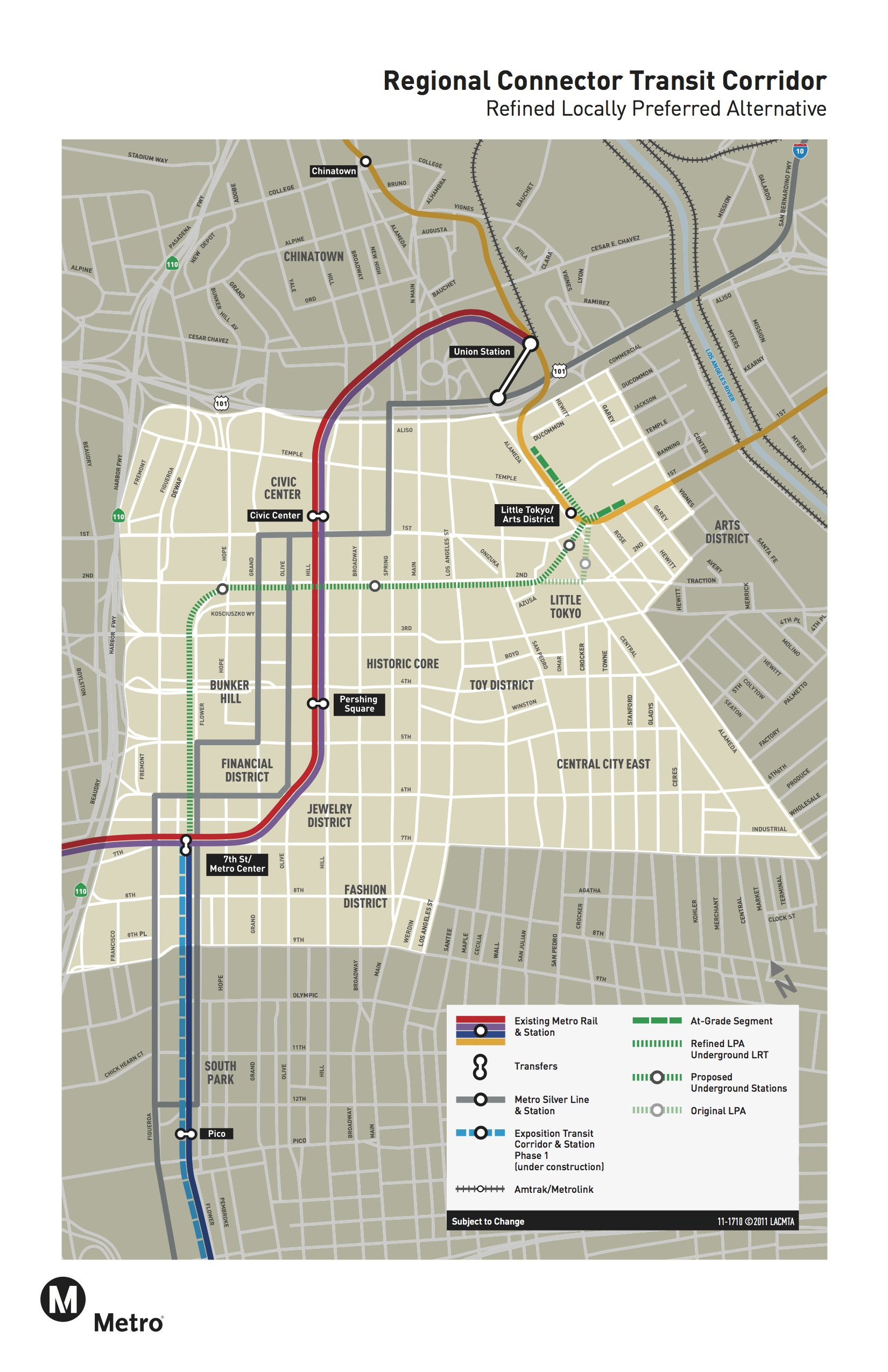 On Thursday, the Los Angeles Metropolitan Transit Authority’s Board of Directors voted to certify environmental documents for two transit projects that have long been in the works, both of which will have huge impacts on infrastructure and development throughout the Los Angeles region. The Board certified Final Environmental Impact Statements/Reports (FEIS/FEIR) for both the Regional Connector in Downtown Los Angeles and the first phase of the Westside Subway Extension, to Wilshire and La Cienega in Mid-City. The Board action moves both of these significant transit projects one step closer to construction, with both anticipating to break ground as early as next year.

Combined with the opening of the Expo Line Phase 1 tomorrow, these transit projects will reshape commuting and development patterns in and around Los Angeles.