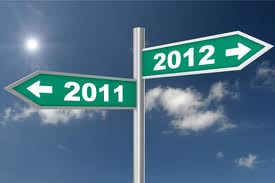 A couple days ago, we did a brief blog post on the retail market heating up.  Today, let’s talk about multifamily.  The multifamily market, specifically new development, has shown signs of growth in 2012.  After the financial crisis, since 2009 the multifamily rental market has experienced an uptick in renter demand and a dip in vacancies.  Couple this with the fact that there has been limited supply due to a lack of debt financing.  However, over the last several quarters, we are starting to see a recovery on all fronts, with Los Angeles leading the pack.  According to CoStar, “the recovery has shifted away from the southern metros and toward West Coast markets in the last six months, much of it driven by strength in technology sector. Los Angeles was ranked first in the nation in the first quarter in year-over-year nominal demand growth with about 12,000 units, followed by Dallas, Chicago, New York and Houston.”

Back in the heyday of the early 2000’s, artificially inflated home prices and cavalier underwriting standards on single-family homes and condominiums pushed the ownership rate up north of 70%.  As we all saw, this resulted in the subprime mortgage crisis and a bubble that quickly deflated after 2006.  Foreclosures across the country, in turn plummeted, and home ownership dropped off significantly.  According to the new Director of Multifamily Research for CoStar Group’s economic and market forecasting company, Property and Portfolio Research (PPR), Luis Mejia, “apartment markets will continue to see additional demand while the foreclosure rate remains above pre-crisis levels and potential home buyers are cautious about committing to a purchase, even amid all-time low mortgage rates.”

Mejia also points that as foreclosures remain elevated and renters mull their home-buying decisions, the home ownership rate will likely continue to decline, thus strengthening the multifamily rental market.  Although the extent of the decline depends on the length and strength of the housing recovery.

National Multi Housing Council (NMHC) Chief Economist Mark Obrinsky adds, “the strength of the sector’s recovery has attracted capital to the industry,” said Obrinsky. “But our latest survey finds that capital is largely targeted at top-tier properties in core markets…”

Many, such as the 2012 Casden Multifamily Forecast, project that over the next two years, vacancies will continue to rise and rents will increase moderately, with Los Angeles and other parts of Southern California being the strongest.  The report, released by USC’s Lusk Center for Real Estate, notes that “renters have been moving out of the so-called shadow market – rentals of single-family homes, townhouses, and condos – and into traditional apartment complexes.”

All things considered, it seems as though Los Angeles is a good place to be right now as an apartment investor.